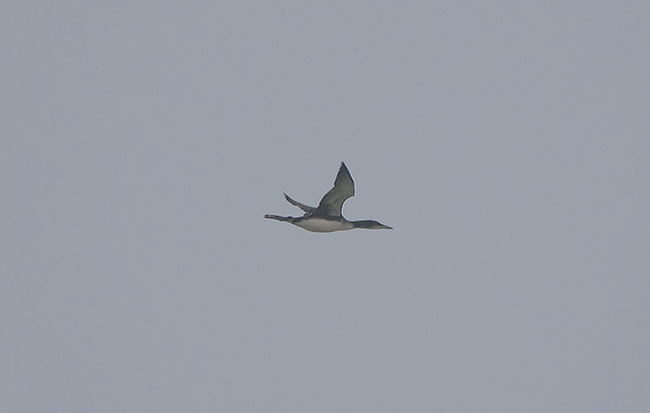 Great Northern Diver from the fishing boats this morning 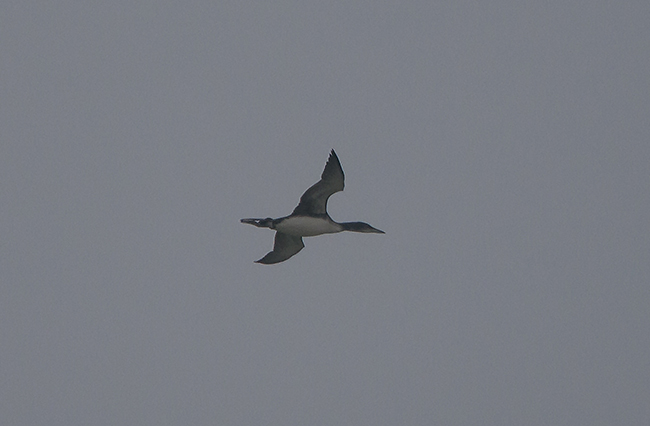 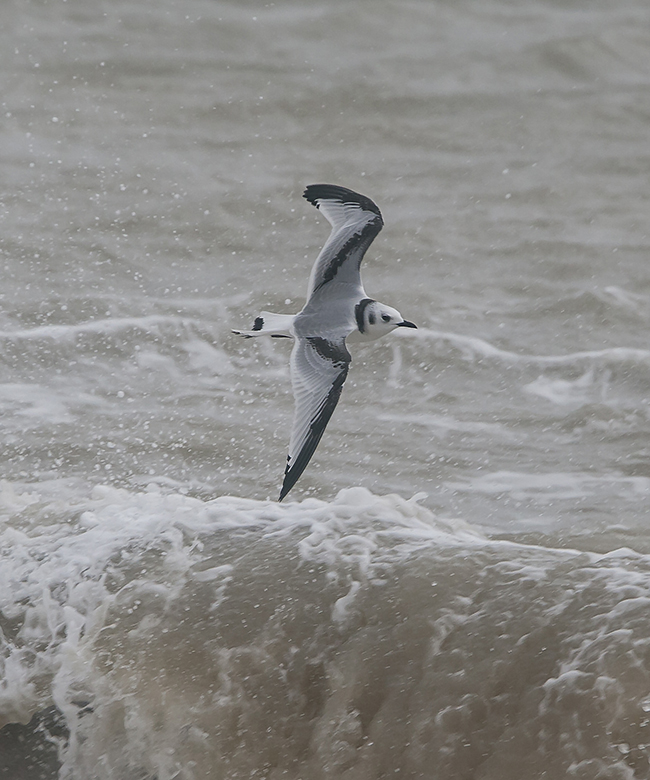 Kittiwake in the surf
On the reserve the Long-eared Owl was still showing well behind the dipping pond. From Makepiece hide 3 Goosander and 3 Smew along with all the usual wildfowl. Despite scrutinising 100s of Gulls on Burrowes I could find nothing of note.
On Walland Marsh 3 Bewick Swans at Horsebones Farm and another 15 at Swan Farm, Swamp Road.
At Brett's Marina 4 Great White Egrets and 4 Little Egrets, another Great White Egret on the New Diggings. A Chiffchaff and Cetti's Warbler in the Willow Trail and 3 Marsh Harriers from Hanson Hide.
On the beach this afternoon 43 more Gannets moved SW. A call from DW who was at the other end of the beach curtailed my watch with news of a 3w Caspian Gull was coming to bread. 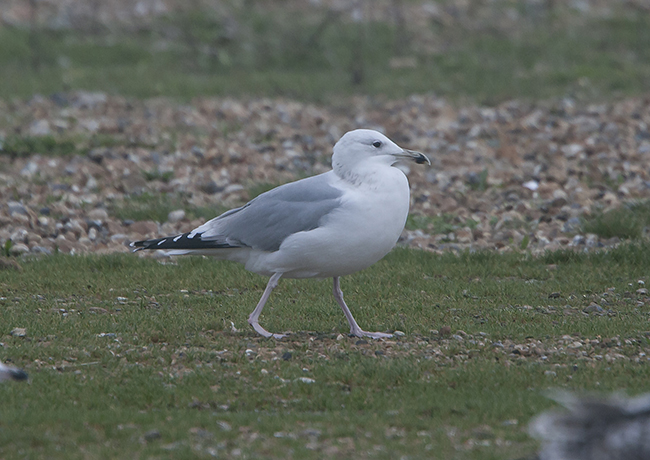 3w Caspian Gull near the fishing boats this afternoon 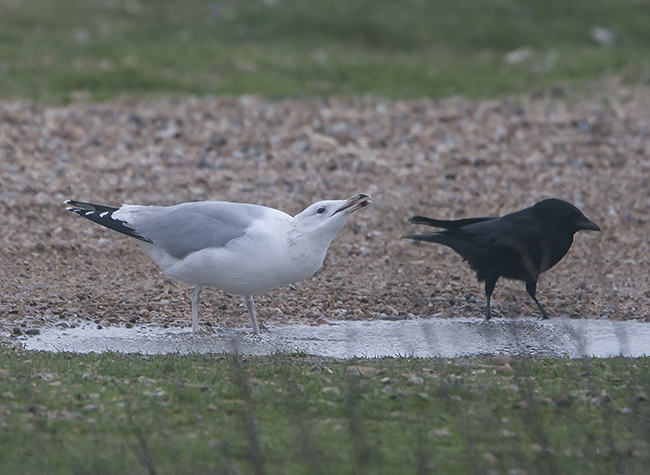 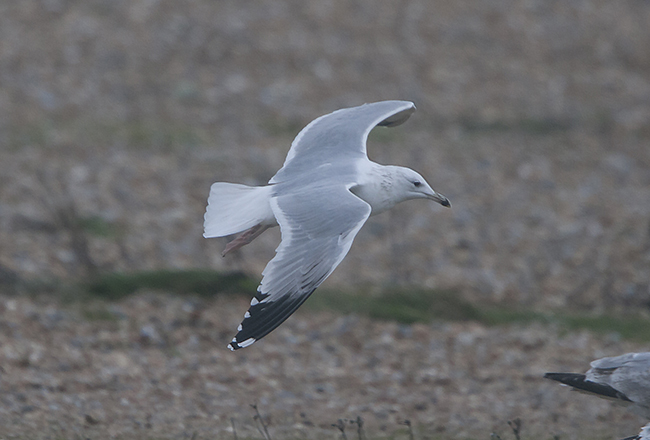 3w Caspian Gull
Late afternoon an adult Caspian Gull dropped into the beach roost, despite watching it for ages it refused to lift its head for the camera and as soon as I looked away it was flushed by a dog walker. An adult Yellow-legged Gull was also in the roost. 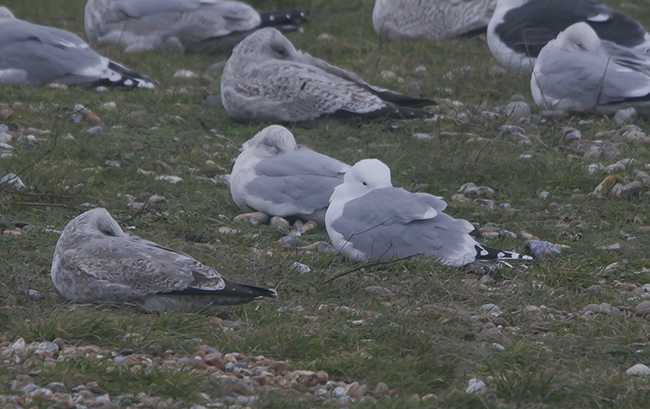