A biting east wind at The Point made sea watching uncomfortable even from the car. In a short watch there were still 100s of Auks and Great Crested Grebes on a very choppy sea, Red-throated Divers were tooing and froing off shore as were Gannets and Kittiwakes and a single adult Mediterranean Gull. The 3w Glaucous Gull was loafing in the puddles behind the fishing boat allowing close approach from the car. 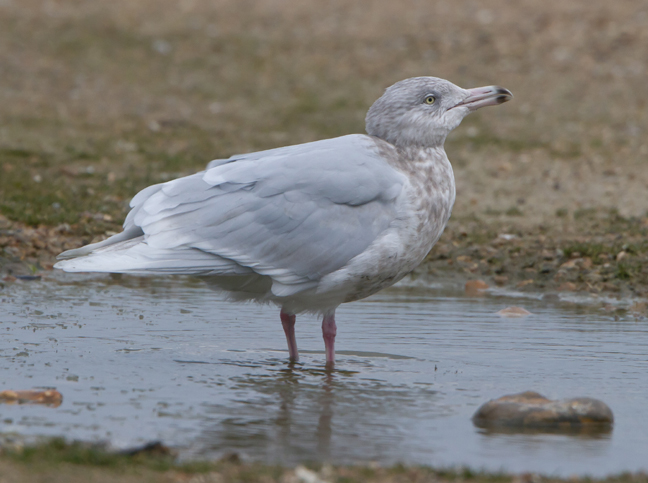 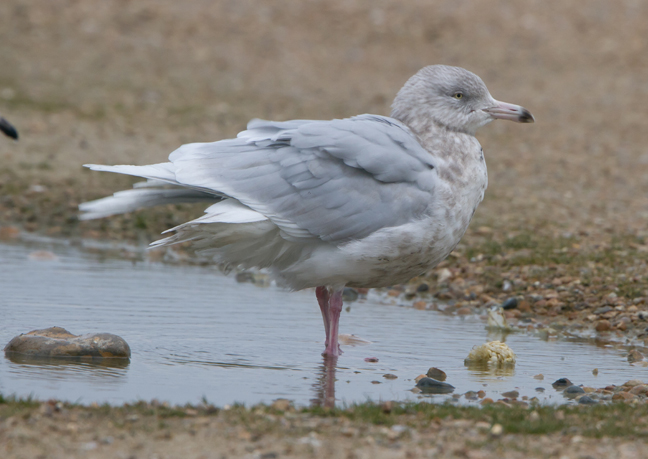 While watching the Glaucous Gull BH texted me to say a Grey Wagtail, (which is a surprisingly difficult bird to find on the ground at Dungeness, they are usually autumn fly overs) was at the Church Lane pond. After a successful twitch (species number 132 on the marsh this year) which also found c15 Redwing and 6 Mistle Thrushes, a warm up at the Meehan Road coffee shop courtesy of MH.
A very quick look at the Varne Sailing Club found a single Snow Bunting on the strand (PT had 2 this afternoon so maybe all 3 are still present).
The track to the RSPB reserve was good until just about everything was flushed by Shepherds.
4 Great White Egrets were present, with up to 5 Marsh Harriers, 200+ Golden Plover, 5 Tundra Bean Geese, 7 Barnacle Geese, 2 Egyptian Geese and 2 Ravens over.


The 5 Tundra Bean Geese do nothing for there credentials consorting with Egyptian, Canada and Greylag Geese.
At Scotney nothing of note and on Walland the 200+ Bewick Swans with a single Whooper Swan. The Water Rail put in a brief appearance at the feeding station and at The Tickners Lane seed dump, 14 Corn Buntings, 6 Yellowhammers and a Common Buzzard.
Posted by Ploddingbirder at 18:42