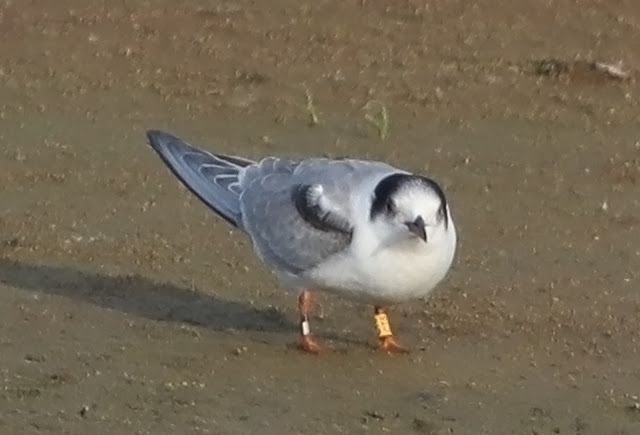 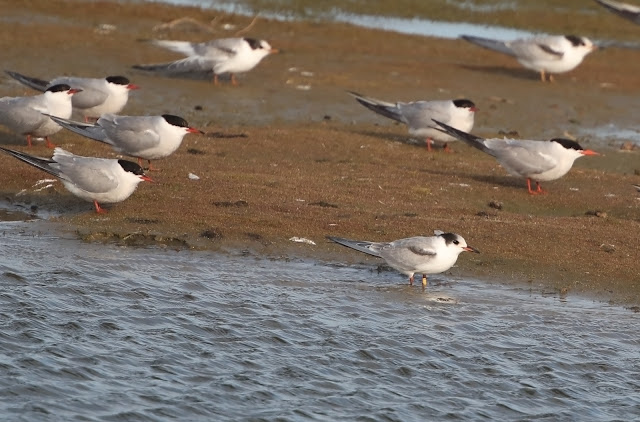 At Firth hide in the evening a single juvenile Black Tern and 4 Little Terns among the many Common Terns and 3 Sandwich Terns, 9 Knot, 5 Dunlin, 2 Black-tailed Godwits, 6 Common Sandpipers and 4 Redshank. There was also a colour ringed juvenile Common Tern which I believe is a British bird, am waiting for confirmation of this. 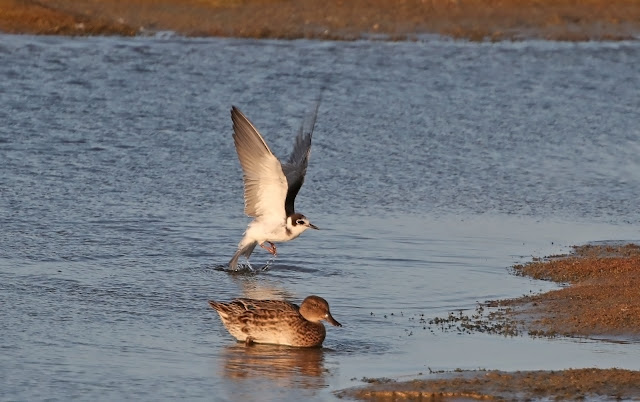 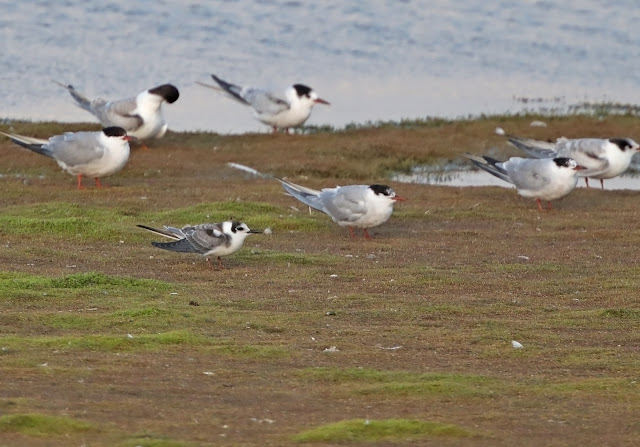 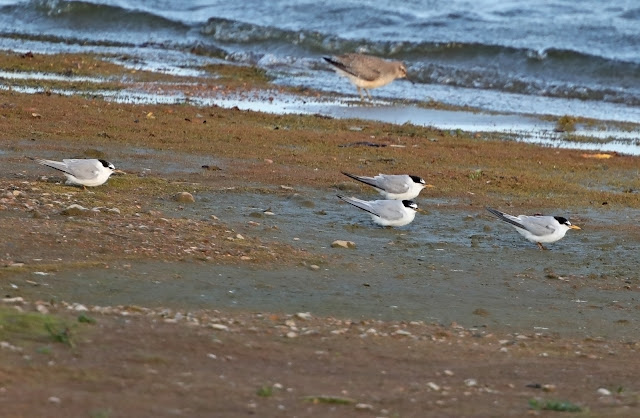 Little Terns with a Knot in the background 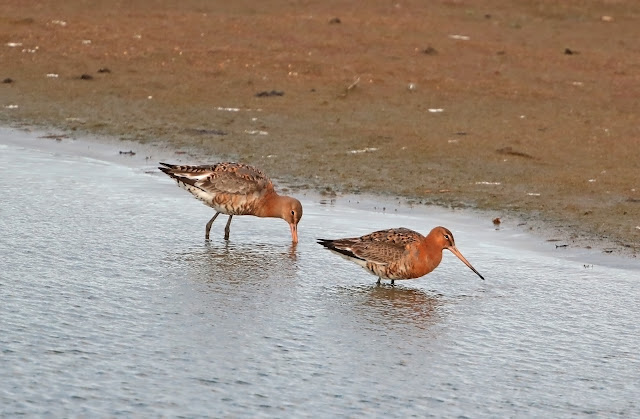 Black-tailed Godwits
Sunday
Overslept this morning so no sea watch, apparently the sea was very poor this morning so the lay in was worth it. From Firth staring into the sun, I could just make out 2 juvenile Black Terns but little else, so abandoned and went to the ARC. On the way 2 Cattle Egrets were in the sheep fields at Boulderwall. As I got home early I spent a few hours in the garden trying to clear some of the damage done by yesterdays gales. 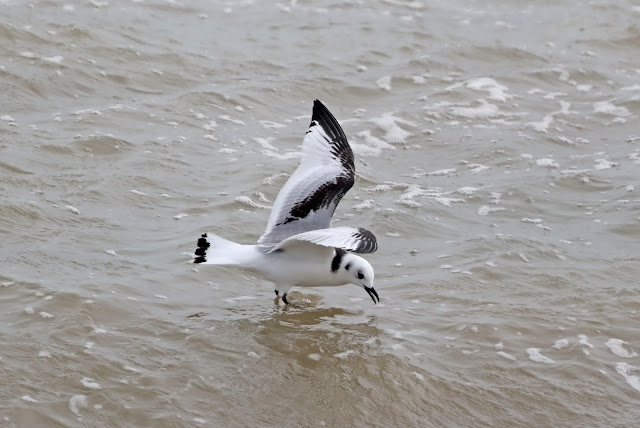 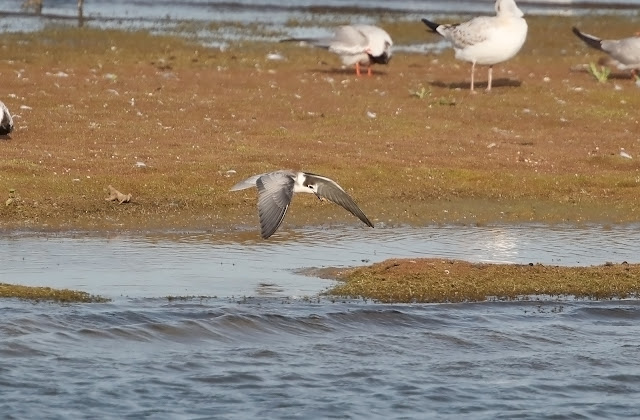 One of the juvenile Black Terns at Firth this evening
A much quieter evening at Firth hide where a juvenile Black Tern was still present as was the colour ringed juvenile Common Tern, 5 Dunlin and 4 Common Sandpipers were noted.
Posted by Ploddingbirder at 20:14